To start off, I’m going to talk about how I went from wanting to get into real estate to running my own business, Greg Buys Houses. Catchy name, right?

Before I get into that, I should tell you what I’m drinking. I’ve got an IPA by Lake Placid Pub & Brewery, out of Lake Placid, New York. I had a friend over the other day who was from that area. He saw the Adirondack chair on the label and went right for it, so here I am down to my last one. That’s ok, I love to share a beer with friends!

This IPA actually came from a monthly beer mail subscription – a gift I got from my brother-in-law. It’s the Beer Club from AmazingClubs.com.

Pouring it out, it’s a nice caramel color. Who am I kidding? I don’t judge beer, I drink beer! And this is a good one.

So, how did I go from what I was doing before to running a business that’s just house flipping? This is not gonna be a short story.

My wife, Danielle, and I bought our first house in, like, 1995 in Austin, Texas. We bought it using the VA Home Loan Guarantee Program. We paid $8… well, okay, we wrote a check for $8 at closing. Now, we get a loan for the house.

My point is, it was almost zero money down and that really excited us. So, we bought the house for about $60,000 and lived there a couple of years, finished off school, and then when we got stationed in Hawaii, we rented it. That was my first time being a landlord.

We rented it because it seemed like a pretty good idea that mortgage payments were low enough and rents were high enough that even after we paid for the management company, we were making a decent amount of money. So we learned about all the tax advantages and all that stuff.

Anyways, after a couple of years, we sold it and made a pretty big profit. And I thought, “hey that’s really cool!” Then we moved to Pensacola and I became a flight instructor. We moved to Pensacola right after Ivan and there was this weird time when the availability of housing was just cut at the knees and you could find a lot of stuff on the MLS – and that’s what I did. I found a property on the MLS that was right around the corner.

I got a loan for the property because, during this weird time, money was almost free. It’s kind of almost free now, but for different reasons and in different ways.

But anyway, money was almost free at the time. You could just fog a mirror and you could get a loan so that’s what I did. I got a loan, paid a couple of guys to do the renovations – it was mostly a carpet and paint job – and BOOM! I made a little bit of money in the back half, and I thought, “this is gonna be easy.”

And then… the deals in the MLS dried up, and so then I got into yellow letters. We literally got into printing letters trying to figure out who we should send the letters to so we can find motivated sellers. That was a real chore.

I got my real estate license, and that was not worth it – for me, anyway. I know a lot of folks who did that and, actually, there’s a great interview on my Greg Buys Houses YouTube channel between me and Kathy Batterton. Kathy got her real estate license at the same time I did and she took off with it as a realtor. I’m really proud to have been associated with her for this long.

And then I got assigned to North Carolina in 2008. I said, “I don’t want to do that anymore.” But, again, that was 2008, and we all know what happened that year. So all of that free money that we were getting when I first moved to Pensacola in 2004 just evaporated – and so did the value of the houses.

Luckily, I got out of a lot of the ones that were in the creative finance strategy that I learned from my local REIA, or the Real Estate Investment Association. I learned a lot of techniques from those folks, including Matt Robinson, who now runs the Professional Investors Guild here in Pensacola. The tips and tricks I learned from that organization led me to acquire a handful of properties and flip a handful more while I was in Pensacola as a flight instructor.

I didn’t want to be a landlord anymore, but it was too late. The two properties that I’ve lived in here in Pensacola I couldn’t sell because the value just tanked thanks to what happened in 2008.

So, I left Pensacola, moved to North Carolina, and said, “you know what? I know how to be a landlord. I’ll do that!” So we struggled through landlord-ing (that’s a word, right?) on properties that were financially underwater. By that, I mean they were worth not less than what I owed, but really, really, REALLY close to what I owed. That’s called being over-leveraged.

When we got to North Carolina, we ended up buying another property because I can’t learn lessons the easy way. Almost immediately, we thought that the market was turning around, and so we moved in. We lived there for three years and then moved back to Pensacola. The property in North Carolina still isn’t worth what I paid for but anyways… we sold it.

All of this to say that I’ve made a lot of mistakes because I was sort of unguided, if you will, in the real estate/investing area.

I have since acquired guidance, which finally brings me to what happened with Greg Buys Houses.

Greg Buys Houses became a full-on business at the beginning of 2020. I started it as a marketing channel back in April of 2019 because I discovered direct mail was expensive and cold calling is just… terrible. So, I found Facebook ads and I learned a lot from a guy who taught me how to run them. This way, I acquired a bunch of properties and then sold the contracts. I ran the Facebook ads, and I did well just selling the contracts without having to touch the properties themselves. I didn’t even have to hire any carpenters or handymen or anything like that because I wasn’t gonna be the one doing the flip.

Through this, what I found was a subcategory of people who don’t want to market for their own properties, and they’re happy to pay a premium if I find them. So, I sort of fell into this niche segment they call wholesaling. From this grew Greg Buys Houses.

So, there we are. That’s how I got started in this business and how I got to where I am today. You may be thinking, “what does any of that have to do with the actual house flipping?” Well, that’s gonna be in the next blog post.

Through a learning experience of having some flips go well and then having some economic downturns get in the way and learning what I could have done better… I’ve learned that you need guidance, you need coaching.

You need help from people who have been there, done that. There’s plenty of those folks, and you need to use a little bit of judgment on your own to figure out who you trust to help you. There’s a lot of scammers in this world.

So, that’s my story so far! I will take you through a few flips as we go on more blog post adventures. In the meantime… let me finish my beer.

Check me out at www.sellyourhousetogreg.com

You guys stay safe and I’ll talk to you next time! 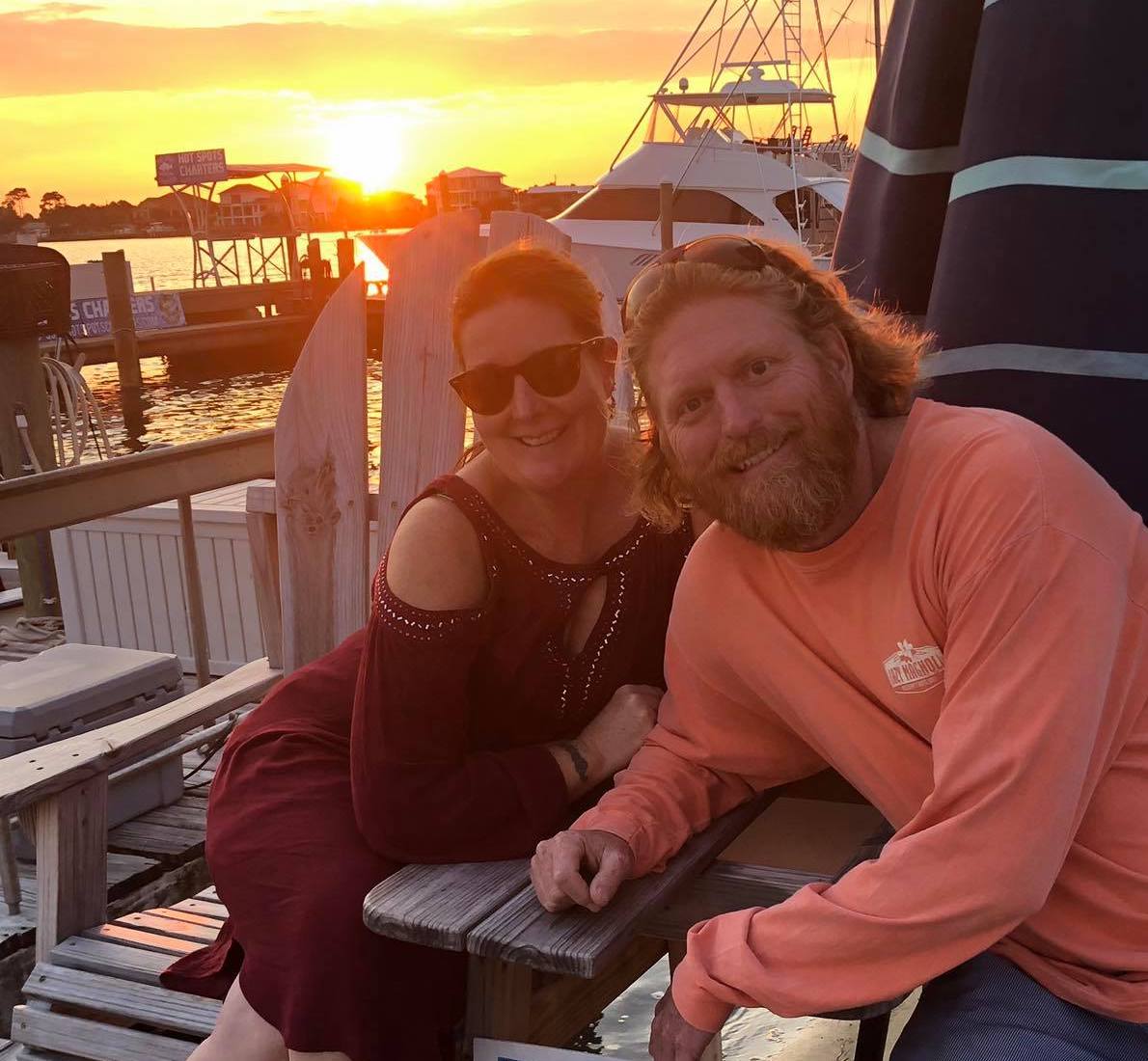 Hey! I’m Greg, and if you’re reading this it’s probably because you’re a friend of mine and I begged you to read it. Either way, welcome! This is the first post for my blog House-Flipping on Tap!

A little bit about me… I’ve been an accidental landlord, I’ve been an intentional landlord, I’ve flipped houses, and I’ve recently gotten into this little thing called wholesaling. I’ll get back to that later. Another thing I do is brew beer. So, I was thinking, hey, I like beer. I like to talk about things while I’m drinking beer. Maybe I can turn this into a regular thing.

That being said, I thought it would be fun to create a blog where I combine the two. And so, House-Flipping on Tap is born!

I would like to make this blog a regular thing and get to the point where I can have real conversations with actual people on here, For now, it’s just me and my dogs… and they don’t talk very much (unless you ring the doorbell).

The beer I have with me tonight is a beer by Swamp Head Brewery in Gainesville called Florida Peeler. Cheers!

What Can I Expect?

So, what can you expect from House-Flipping on Tap? The shortest answer to that question is… nothing. Hopefully, a little bit of entertainment, possibly something that triggers an idea, or produces a thought that makes you feel like you need to talk back. That’s what the comments down below are for! You can ask me questions you may have about house flipping or anything else that comes to mind. But, just to start off, this blog is just a kind of catalog for the journey I’ve taken so far.

So, in the next few posts, you’re going to see some before and after pictures of projects I’ve done, a little bit of me talking about how I got into the business I’m in right now, and some of the money and funding aspect of it all.

I would just like this blog to become a community of folks who are interested in what I have to say and connect with those who are into what I am into. You know, get a conversation going. If I could influence and relate to my audience enough that we could have a relationship outside of my blog, that would be awesome! But, this is only post number one, so let’s not get ahead of ourselves.

So, why real estate? Simple answer, it’s fun! I enjoy acquiring the properties and renovating them. The demo is the most fun part in my opinion.

The construction portion can be frustrating for me because it never really looks the way I want it to look. That’s why I hire professionals. It’s easy to say “hey, I like that!” or “no, do it again!” whereas if I do it myself, I just fo in the corner and suck my thumb or something.

Overall, the real estate, the acquisition, the renovation, the turning a product – an old or problem house – into something I would be happy to live in. That’s fun for me. And to do that, I started Greg Buys Houses in Pensacola, you can find out more at SellYourHouseToGreg.com.

So, what can you expect for future posts? If you have any topics that you’d like to know more about or if you want to see anything specific on this page, let me know in the comments down below!

Anyway, that concludes this short, first post! A little talk about real estate here, a little talk about beer there. I’m going to link the Swamp Head Brewery website down below. You can probably find it if you’re in Florida, and you can most likely find it in any Publix.

I’m gonna give them a good review – the Florida Peeler is delicious! The hops in it are what drive that sort of orange taste. It’s very citrus-y.

That’s it! That’s the post! Until next time, stay safe and… I don’t know, learn a new dad joke or something.

This may be a good place to introduce yourself and your site or include some credits.